The History of Kenpo Karate

Kenpo is a Japanese unarmed fighting art that was brought from China to Japan about 700 years ago by the Yoshida Clan and was quickly adopted by the Komatsu Clan. The word Kenpo means literally, “Fist Law,” and also refers to its Chinese origin. The Japanese adaptation of this Chinese style was well suited to defend against the various unarmed Japanese martial arts of the 12th century. Few modifications were required for Kenpo to overcome the new unarmed systems that developed over the next 7 centuries that came to be known as Karate (Japanese of “Empty Hand”). But for the Yoshida and Komatsu Clans who developed their art into a truly Japanese style, the term was simply Kenpo. During this same period the Chinese system from which Kenpo was derived underwent so many changes that, while most of the Kenpo techniques can be found scattered among the hundreds of Chinese fighting systems, there is no single system in China today that resembles Kenpo.

“Chinese Kenpo” is a term coined by Ed Parker in 1960, when he found there was no kung fu style that resembled Kenpo. But adding Chinese forms and Chinese terms did not change the nature or Japanese origin of Kenpo. It has, however, imbued the “Chinese connection” with an “ignorance is bliss” mentality. One of Ed Parkers students at the time was Jerry Meyers who went on to train with Bruce Lee and Danny Inosanto, and combined their style with Kenpo to make it a true Chinese Kenpo style. 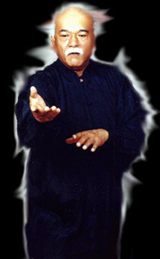 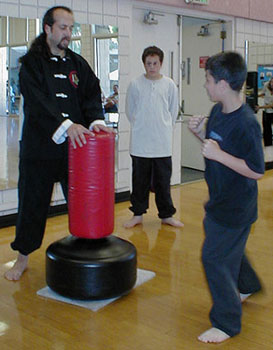 90 years ago Kenpo was so well known as an effective fighting art in Japan that many Japanese styles that had no connection with Kenpo claimed their art was derived from Kenpo. Some even went so far as to claim their masters had training directly under Chinese Kenpo masters. Similar claims have continued to this day, even though there has never been a Chinese Kenpo master; nor has there been a master of the Chinese style that gave rise to Kenpo in centuries. What’s even more ridiculous are the Korean schools that claim to teach Kenpo as part of Tai Kwon Do. This Chinese Kenpo is not to be confused with the styles developed by Kenpo students who went on to train with Bruce Lee and created their own systems of Chinese Kenpo.